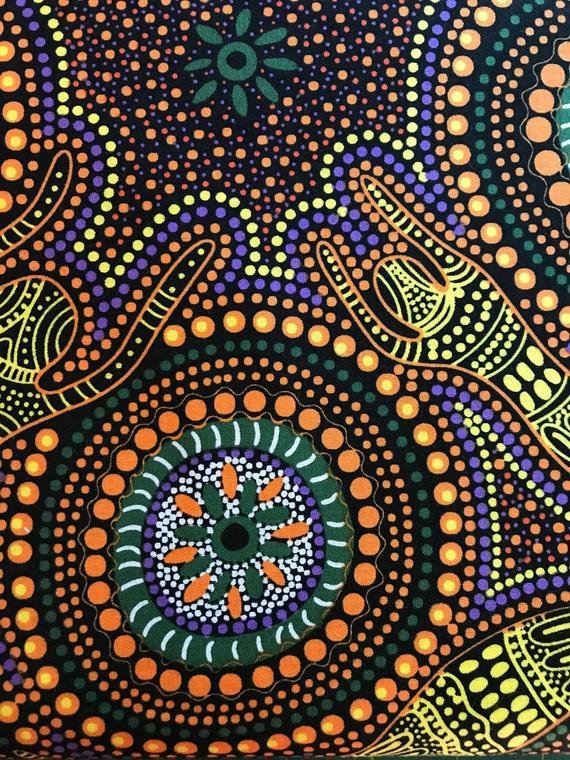 Faye Oliver is an experienced and well established artist. She worked at Keringke Art Centre for about six years, as an assistant art co-ordinator. Through her works, she tries to bring harmony in the community. We can see an expression of modesty in her works. She believes in trust and peace in the community.
In Dreamtime, there weren't many people or living beings such as animals, birds etc. Every being used to understand each other's language and they didn't know of death. However, one day, a little bird fell from a tree and broke its neck, paralysing its body. The elderly knowledgeable birds and animals announced that the spirits have taken the bird from the world to get a new bird. Although everybody accepted this idea, they wanted to confirm this by watching the bird. The caterpillars volunteered to do so. The elderly ordered the caterpillars to watch the bird from clouds in the sky throughout the winter. One fine early day of the spring, the caterpillars transformed into butterflies and returned to the camp with beautiful bodies. Since then, the caterpillars spend the winters in cocoons to transform into butterflies, a wonderful gift of nature. In this design, Faye depicted the spirits watching over the Dreamtime creatures from the sky. She also depicted the bush and camp with beautiful and vibrant winter colours